BAMITS is a corporate I.T. support and solution provider, operating since 2013 throughout Gippsland in regional Victoria, also providing technical, advisory and managed service solutions to the greater metropolitan areas.

More than just a slogan; it's our business philosophy. we'll never commit to something we can't provide, so you receive the service you deserve. 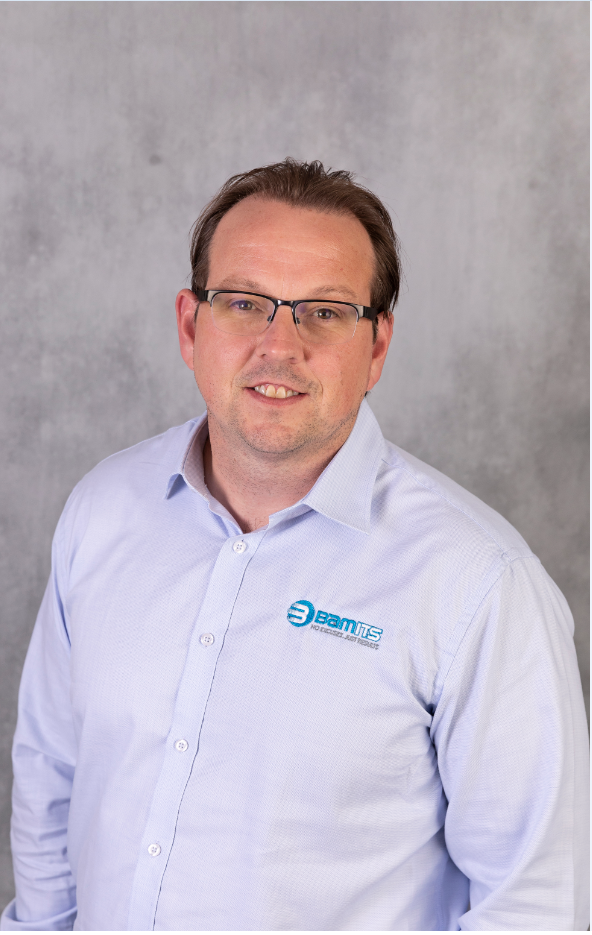 In March 2003, Blair completed his University Degree at Monash University (Gippsland) where he proudly received his Bachelor of Computing. Since that date, Blair has continued to work and grow within the broad fields of Information Technology and has made this field not only a career but his life’s ambition.

Blair is certified in multiple enterprise industry technologies including Microsoft, Citrix and VMware. He is a keen contributor to Microsoft and Intel forums, helping others overcome the same hurdles and challenges he has faced throughout his career.

Blair’s passion and commitment for IT has seen him flourish in multiple roles, giving him the inside knowledge to deliver on a variety of services for BAMITS's clients. 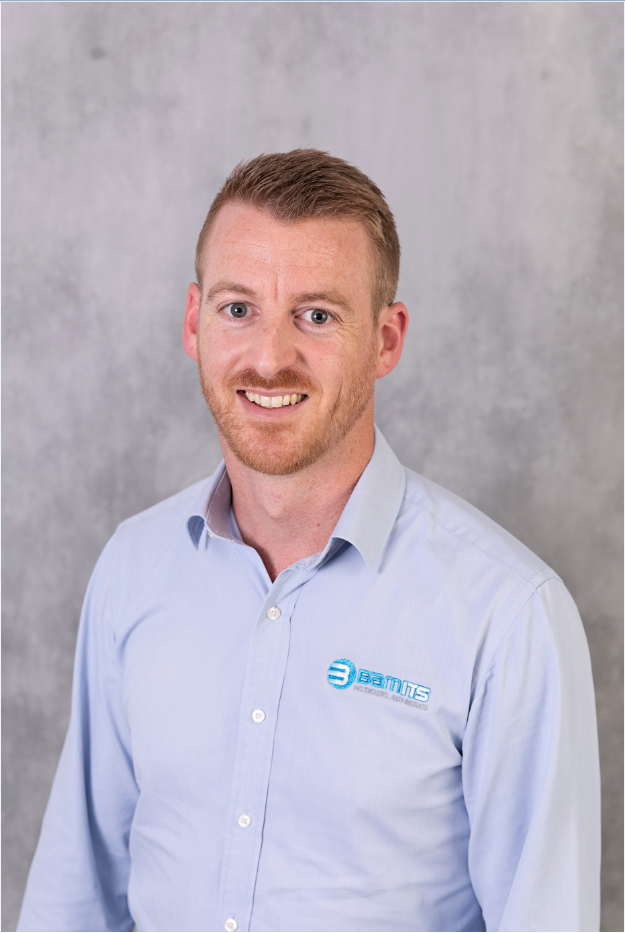 Ben Kingwill joined the BAMITS team in March 2015 as our Business Development Manager. Ben has over ten years' experience managing client relationships. Ben started his IT career at Sage Technology where his ability to actively manage client relationships was fully recognised and developed. Ben achieves this by proactively engaging with our clients. Ben's skill is understanding clients’ needs and expectations, making Ben an important asset to the team.

Blair Muller, the Managing Director of BAMITS was in fact originally a client of Ben’s. Blair says, “Ben stood out because he cared about the relationship, followed up on all enquiries and ensured he delivered on what he said.”

Ben is approachable, genuine and follows the BAMITS core vision of delivering no excuses - just results. 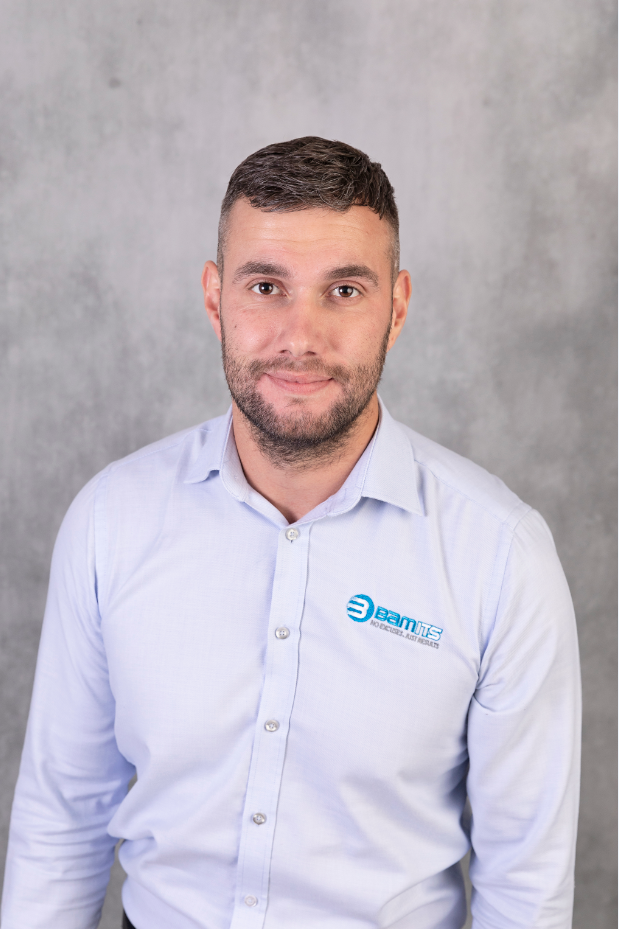 Perry joined BAMITS in 2014 as a Help Desk Operator.

Perry started his IT career in the U.K. studying a Level 2 Diploma for IT Practitioners (IT systems support) at New College Nottingham. Perry’s excellent customer service and communication skills made him a perfect candidate to join the team at BAMITS. Since joining BAMITS, Perry has continued to develop his skills and experience to move on to provide level 2 support.

With gaining a solid technical background and having a true passion for meeting the client's requirements, Perry was the right candidate to take on the role of Business Development Manager. 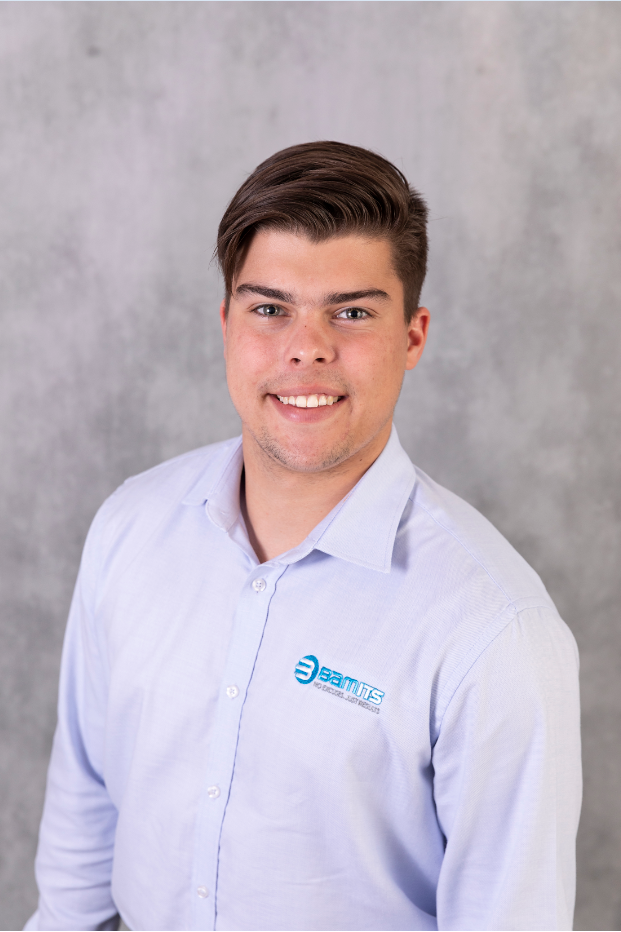 Blakejoined BAMITS at the beginning of 2021. Coming straight out of High School,Blake approached BAMITS immediately after graduating Year 12 at Trafalgar HighSchool in 2020 after gaining a passion for Economics and Finance, as well as agrowing interest in IT. His positive attitude and motivated ambition led him tobeing appointed at BAMITS full-time, only 2 months after completing his VCEstudies. 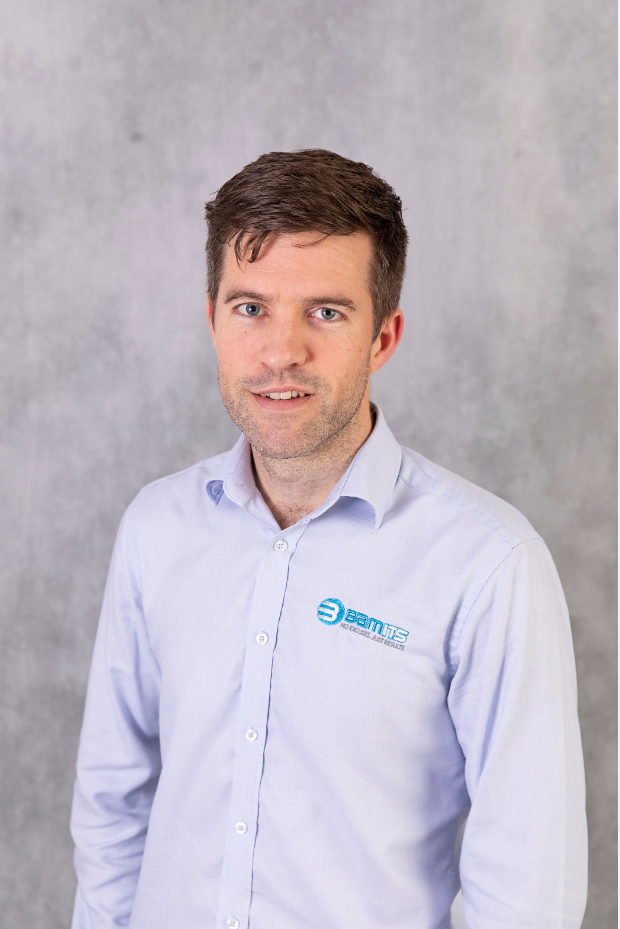 In March 2003 Michael graduated with Blair from Monash University (Gippsland) and proudly received his Bachelor of Computing.

Since graduating, Michael has held various roles in the public and private sectors. In his first position, Michael was responsible for coordinating staff and contractors to provide delivery of diverse IT services to 360 staff, 270 PCs and 26 remote sites. His second role involved working on improving information systems, completing business process improvements, data quality projects and reporting. Michael’s third role saw him fill a position left vacant by Blair, where he provided support and consulting to the private sector on technologies including SAN, VMware clusters, and VDI implementations. Michael’s fourth role involved development of a mobile app, API and enhancements for an enterprise and cloud software company.

Since starting with BAMITS in September 2015, Michael has brought to the team a diverse range of skills and is now the leader for our projects team. 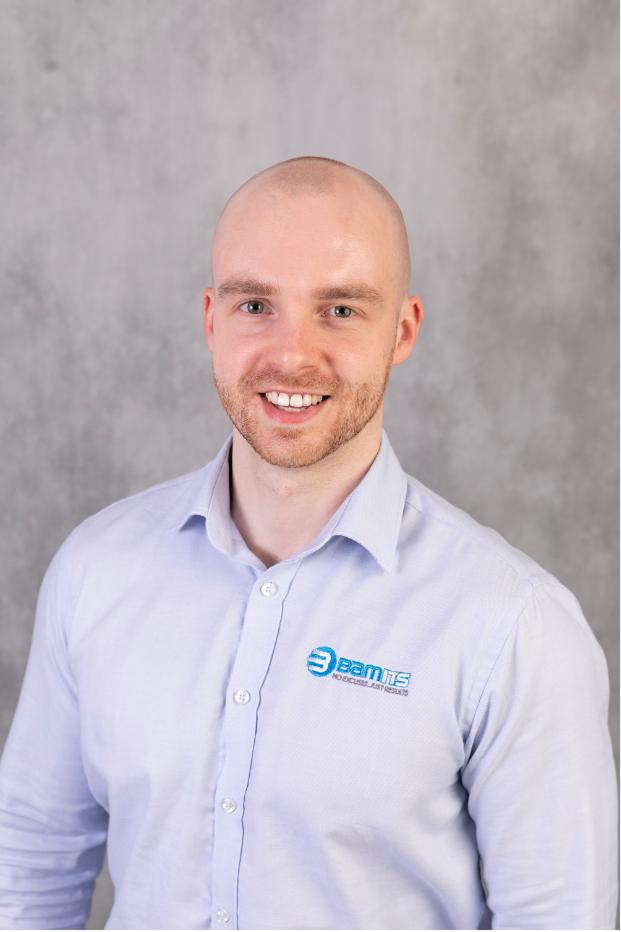 Ben joined BAMITS In 2014 after completing his Bachelor of Business and Commerce and Bachelor of Information Technology and Systems. He had also been developing his experience with network technologies and received his Cisco CCNP soon after.

Since then Ben has covered all areas of our technology stack and has been the primary tech for our Operational Technology clients. His current focus areas are automation, networking and security. Ben has combined these to create multiple network automation tools, including a web-based router-and-VPN deployment solution that allows client engineers to safely and consistently provision devices and network changes without manual work by the infrastructure team. 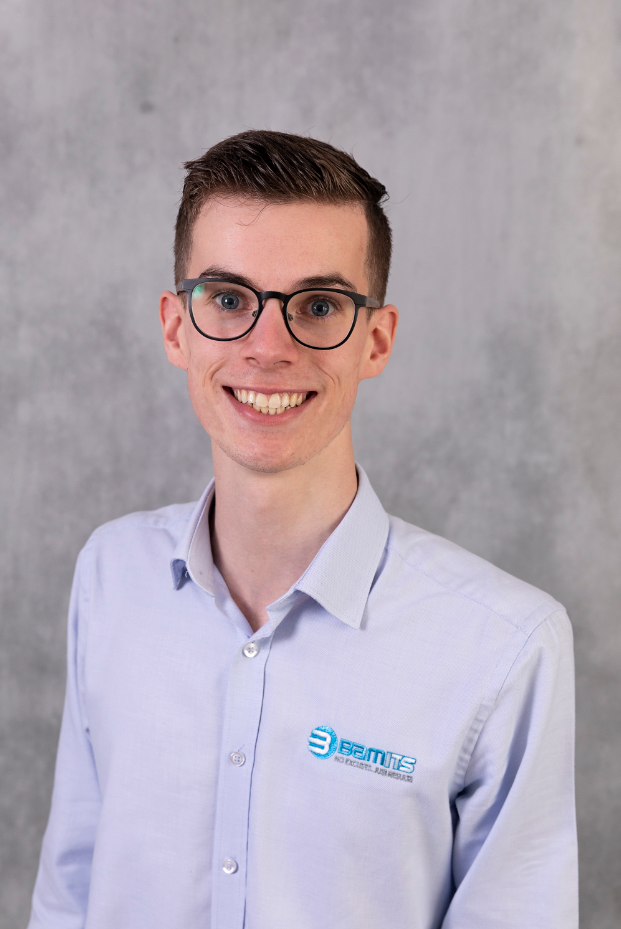 As soon as Nathan finished school, he was extremely interested to take on the I.T industry after completing VCE in 2019. After approaching BAMITS we knew he would be a great asset to the team, he was employed casually as a Help Desk Operator where he showed his dedication and eagerness to learn.

This led BAMITS to sign Nathan on as a full-time technician in June of 2020. From that point Nathan went from strength to strength showing a great understanding for I.T, alongside his passion for learning and developing his skills Nathan was fantastic with client interactions and his attention to detail was second to none. Due to all of this BAMITS elected him to be a part of the newly formed project team and we believe he will continue to bring great value to our clients. 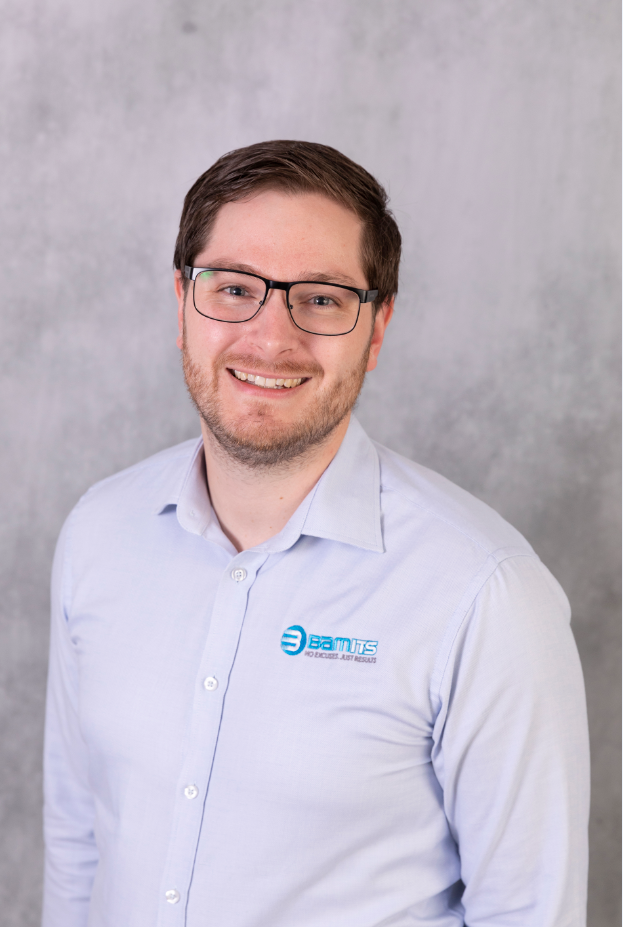 Matt is a perfect fit for BAMITS’s culture; his ability to listen and understand the needs of clients, his responsive personality and uncanny ability to translate often complex tasks into simple solutions has seen him excel throughout his career.

Matt’s IT career started in 2008 as an IT trainee in the health sector. His thirst for knowledge and commitment to helping others made him highly desirable in the private IT sector. In 2010 Matt established himself as a leading solutions integrator and now has over eight years’ experience delivering complex IT solutions.

His natural ability to stay calm in high pressure situations made him a perfect fit to be promoted to Service Delivery Manager. 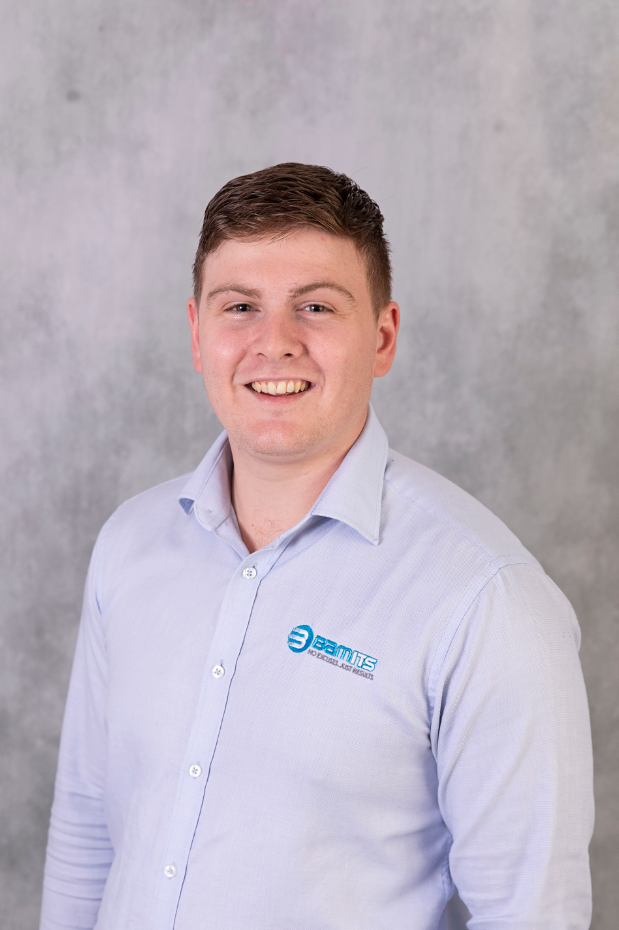 Hayden Maximiw joined BAMITS full-time in April 2015. Finishing his Certificate IV in Information Technology in 2014, Hayden was keen to show the IT industry what he had to offer. Hayden approached BAMITS in March 2015 and was employed casually as a Help Desk Operator. By April, Hayden’s ambition and drive had secured him a full-time position in the role. The team saw Hayden’s potential and our clients loved Hayden’s outstanding communication skills.

Hayden prides himself on his excellent customer service and outstanding communication skills, and this makes him a perfect fit for the team at BAMITS. 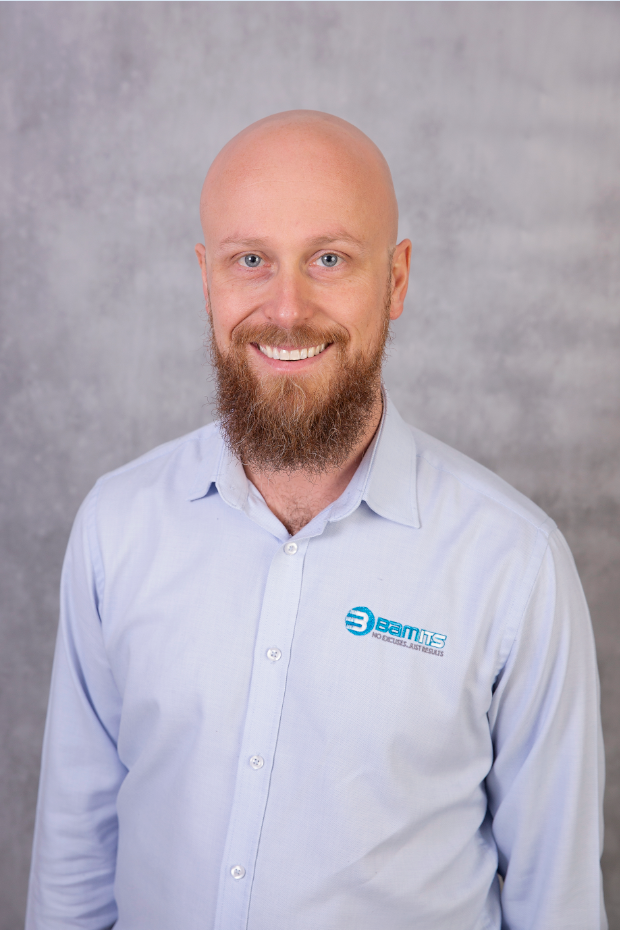 Prior to joining BAMITS in 2017, Ben had been working in IT for a number of years. BAMITS was able to offer him the opportunity to further expand his skills and experience.

Ben has delivered high levels of customer service to our clients through his work on the Help Desk and has proven his ability to meet the challenges of onsite support during his first year with BAMITS. We're very glad to have Ben on the team and our clients are too! 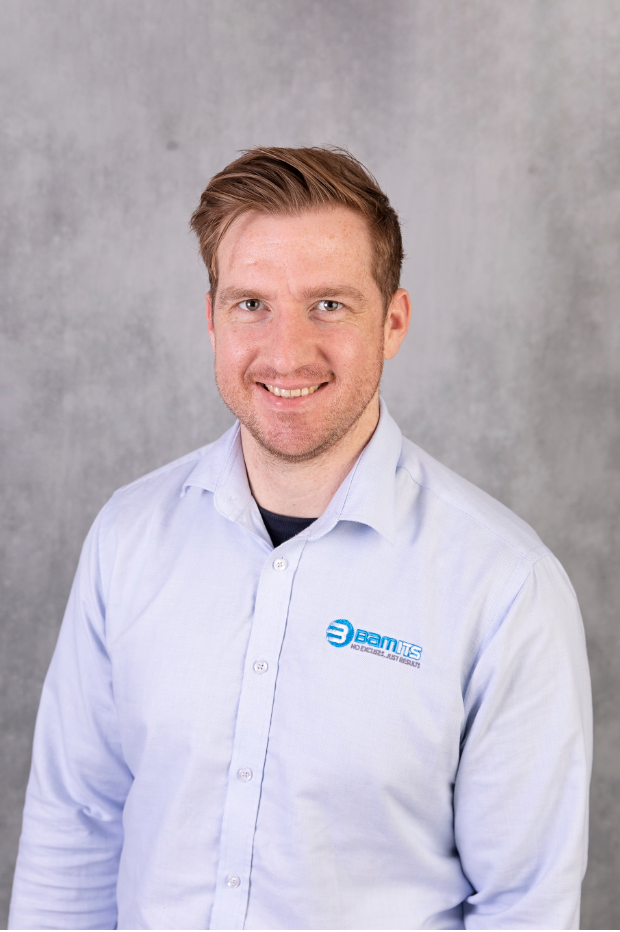 Jamie joined the BAMITS team in 2016. He'd spent the prior 10 years of his IT career in a similar role supporting a broad range of clients' day-to-day support needs and was able to "hit the ground running" and provide great support to BAMITS clients. He has extensive knowledge in Microsoft Server and Desktop technologies, as well as Virtualisation and Backup and Storage solutions. On top of his IT qualifications, he has completed additional training in Microsoft Exchange and VMware Virtualisation technologies.

While working at BAMITS Jamie has focused much of his energy helping our clients in the Medical sector and has further developed his expertise in supporting the technologies and applications they rely on. 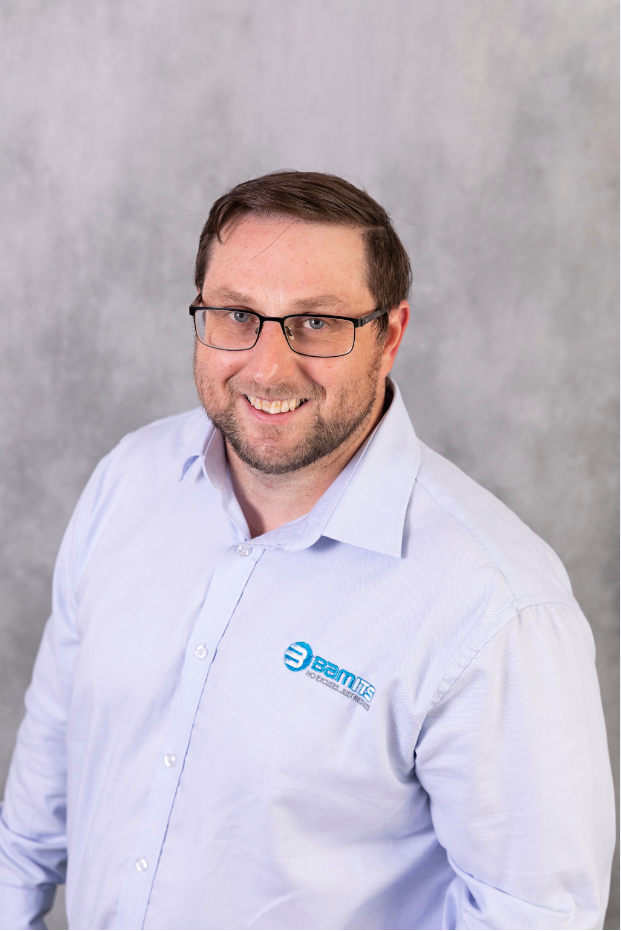 In 2013 Brad was selected to join BAMITS due to his incredible focus on people and his absolute passion for helping others overcome their problems. It's this attitude that sets Brad above the rest and allows him to offer our clients the very best in personalised services.

Brad's skillset assisted him to effortlessly transition into his new role at BAMITS; his strong customer focus and a well-grounded approach to problem solving has ensured BAMITS delivers on what we promise - "No Excuses, Just Results" 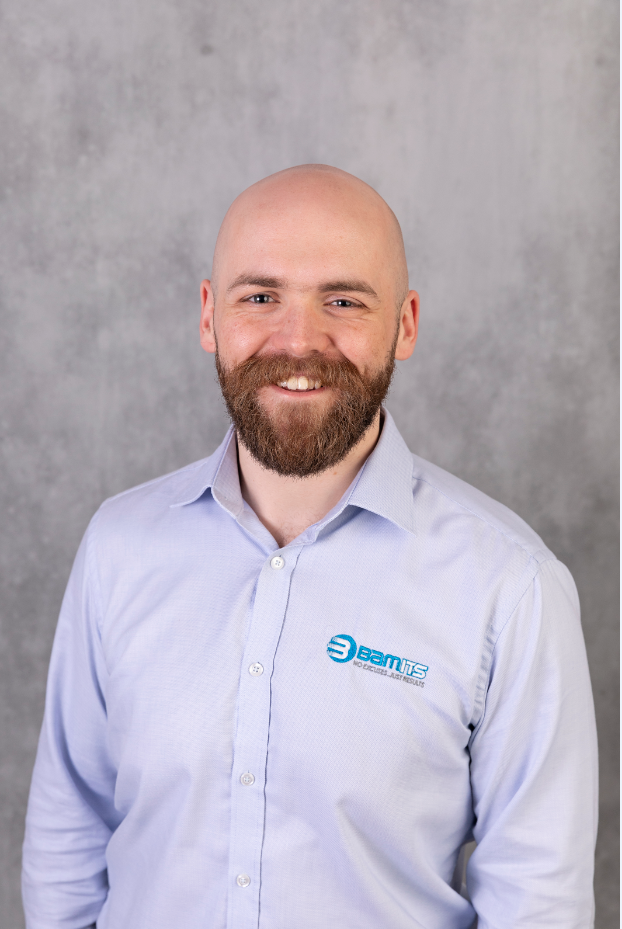 Daniel joined the BAMITS team full-time in September 2020. After spending his early working life in customer service and hospitality roles, Daniel was well situated to combine his excellent interpersonal skills with his keen interest in technology to transition effortlessly into his role at BAMITS.

Daniel has a passion for ensuring that customers have their needs met. His natural problem solving abilities and excellent communication skills have led to him quickly becoming an essential member of the team. 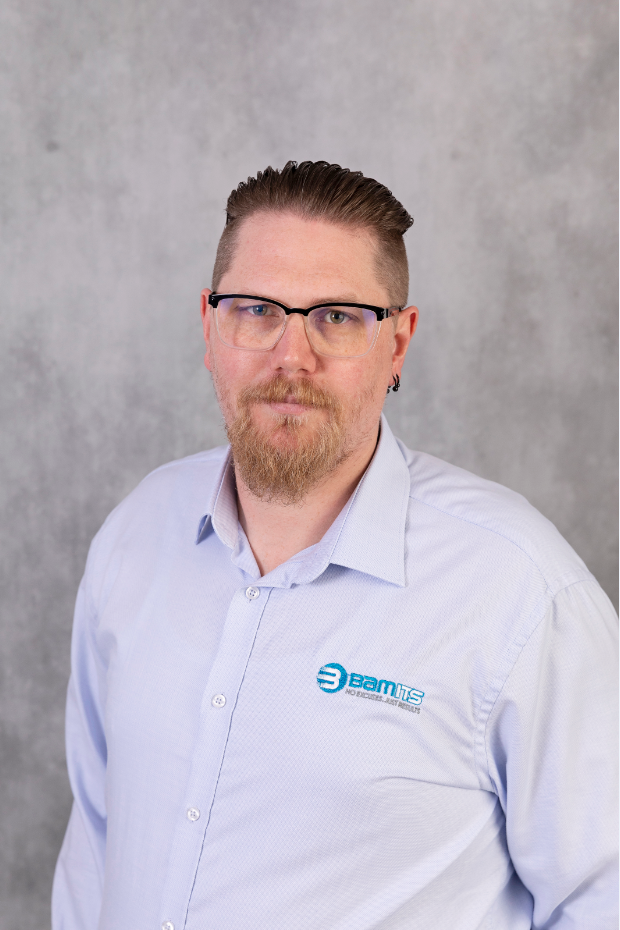 Jarrad joined the BAMITS team in early February as our newest helpdesk member.

Jarrad brings extensive experience to the table, in liaising with large company clients, tech sales, purchasing and stock control, and delivering the best experience possible to his clients.

‍
He has now progressed his skills and comfortably assists clients with Level 1 Helpdesk tasks. We look forward to seeing Jarrad's progression. 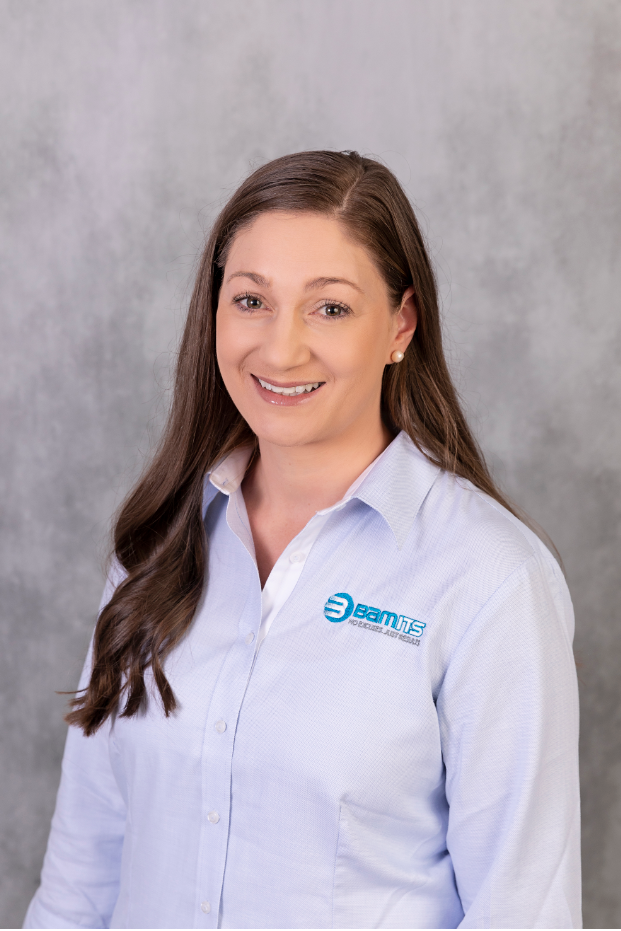 In 2016 Jess begun working at BAMITS in an account’s role managing BAMITS’s accounts payable and receivable.  Since then the role has expanded to include other administrative tasks, Overseeing obligations to suppliers and has other data entry duties. With Jesses attention to detail she was able to take on these tasks with ease. Despite Jess’s background being in Social Welfare with a Bachelor of Social Welfare at Monash University and over 8 years’ experience within the Latrobe Valley the shift to account keeping has been a welcomed change.

we CAN help you

Our Managed Services package is BAMITS's 'outsourcing service' and is an excellent way to assist our clients by delivering all their internal IT business needs. What makes this particular service unique is that it greatly reduces (and often removes) the need for expensive internal IT resources normally dedicated to maintaining and improving IT systems in a business. If this sounds like a service that could benefit your business, then BAMITS's Managed Services could be the right service solution for you.

Is your current IT solution too expensive, outdated, hard to understand or a huge drain on your internal resources? Do you want to remove the headache of dealing with the day to day management that goes with maintaining a highly efficient IT system? Then BAMITS's fully hosted services may be the perfect fit for your business.

Our Support Services package has been specifically designed to provide our clients with a flexible IT solution that has no 'lock in' contract terms. This service package allows for the purchase of block hours that can be utilised at any time and which never expire. This service package is a perfect solution for clients who require access to specific services but who also wish to maintain control over the amount of IT outsourcing undertaken.

Learn More
Find out more...
Get in touch today